In the world of pokemons, there are millions of pokemons that can clash head-on with a legendary pokemon. Surely, they cannot win but at least can hold up a tough fight.

In this article, I have placed the 10 Strongest Non Legendary Pokemons on the roster, do check it out! 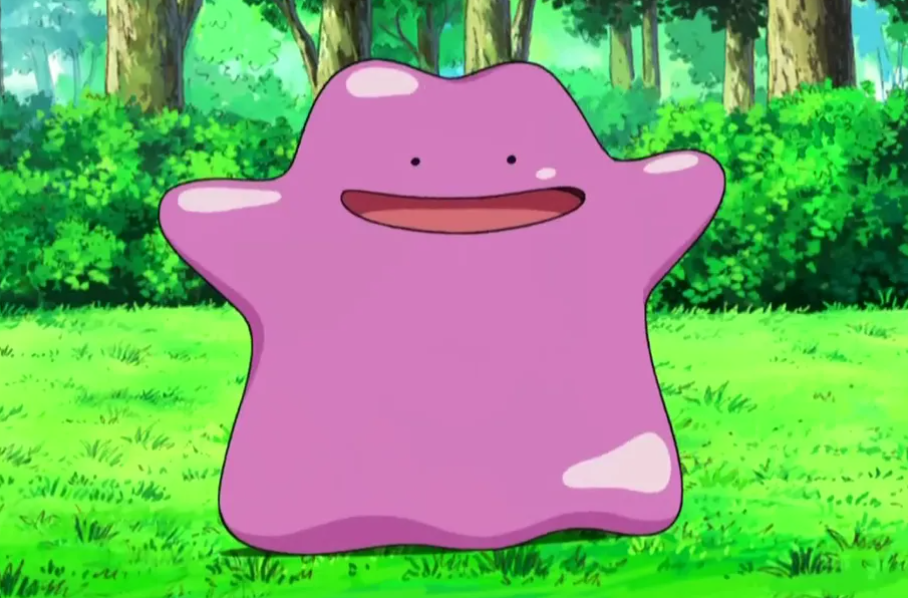 What comes to your mind when you hear Ditto? A jelly-like pokemon that can be used for breeding? Well, you are close.

Dittos are known for their ability to breed with any pokemon, be it an electric-type, water-type, or grass-type.

If you use this pokemon strategically, I am sure it can help you turn the tables in a battle. Ditto showcases an Imposter ability, which helps it copy the abilities and powers of its opponent.

Ditto’s initial stats suffer a bit, but when used the right way, you know how strong this pokemon can be. It might not be a legendary pokemon, but it can be one. Every single thing about Garchomp is pretty impressive. Probably that is the reason that it ended up being people’s hot pick.

Garchomp showcases unimaginable attack power, balanced with high Hit-Point, mobility or speed, earthquake, and exceptional stab tricks. Garchomp’s skill set is made to cover the causalities that you make in a battle.

Now, if you face a Garchomp, chances are you are in big trouble. This is because you cannot figure what card it is going to play, and it can be a constant threat. 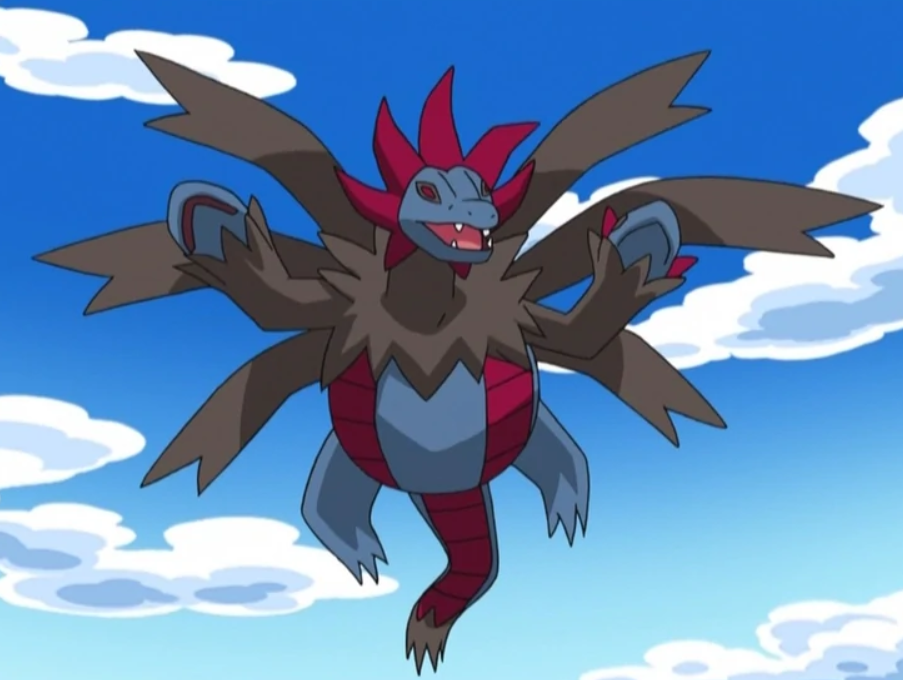 Introduced in the 5th Generation, Hydreigon is a dark-dragon pokemon. Evolving from Zweilous and the very final form of Deino.

Hydreigon is not here to showcase its complex skill sets, strategies and complicate things up with status or its signature moves. This dragon-type pokemon likes to keep things simple. Hydreigon loves to display its choice specs and defeats its opponents brutally. It tends to attack anything that moves in its sight.

A brutal blast from Hydreigon can send your pokemon flying across the horizon, leaving no chance for it to be back and fight for a week or two.

Sometimes Hydreigon showcases its dragon dance move set, an extremely tough move to tackle. Combined with powerful stab moves is always a well-known threat. Only the presence of a Fairy-type or a fast pokemon can save you from a Hydreigon. 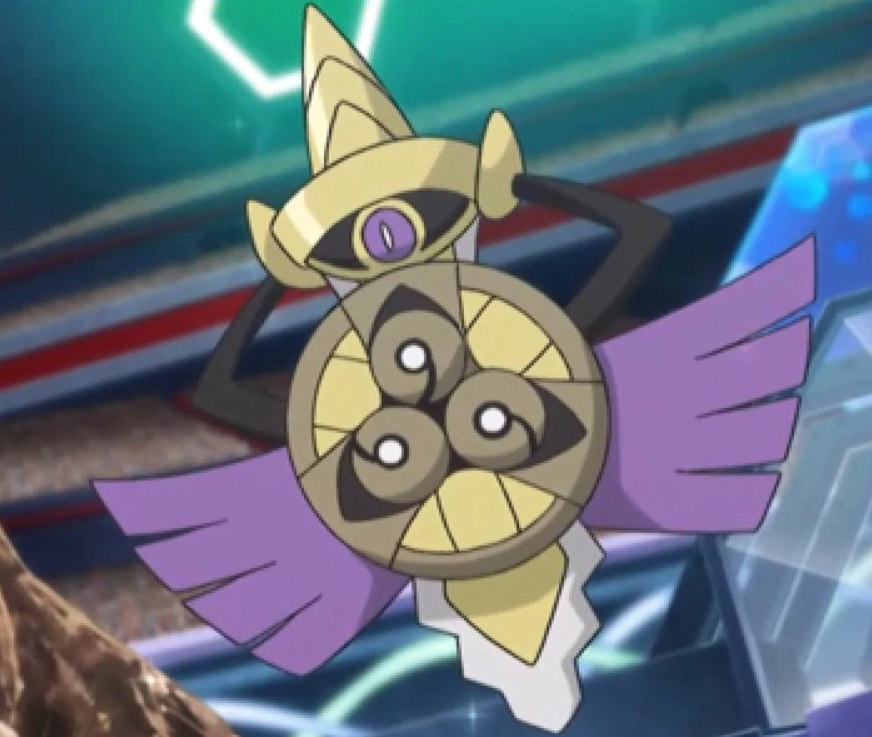 Introduced in the 4th generation, Aegislash is a steel-ghost type pokemon. Evolving from Doublade and last and the final stage of Honedge.

The greatest advantage this pokemon has is the ability to change its stance during an ongoing battle.

Aegislash uses its Blade Forme to slash its opponents and uses the Shield Forme to lessen the effect and block any attack. The blended mode Sword and Shield are enough to pierce through the guards of any pokemon while keeping itself safe.

However, Aegislash can be pretty predictable, but if you provide it with all the support, it will perform pretty well. 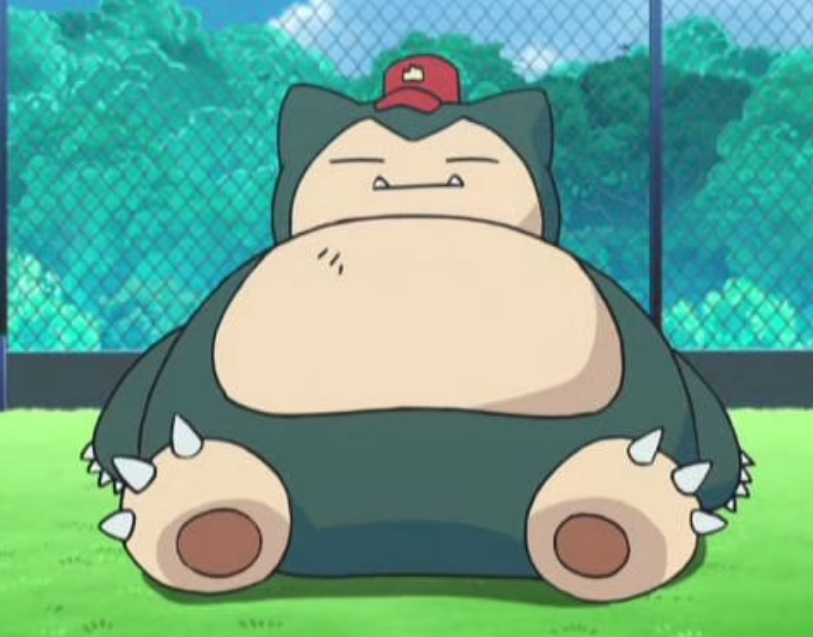 Remember Snorlax from the 1st generation of the anime. Snorlax has always been a great pick due to its humongous size, excellent defense, combined with some deadly attacks, allowing Snorlax to wipe away its opponents.

It has numerous strategies like Belly Drum Snorlax and Curse Snorlax.

Snorlax is the only known pokemon that is capable of using the G-Max Move, G-Max Replenish, and Z-Moving Pulverizing Pancake exclusives.

Its higher form, the Gigantamax Snorlax, is considered to be the strongest Dynamax pokemon in the world of pokemons. 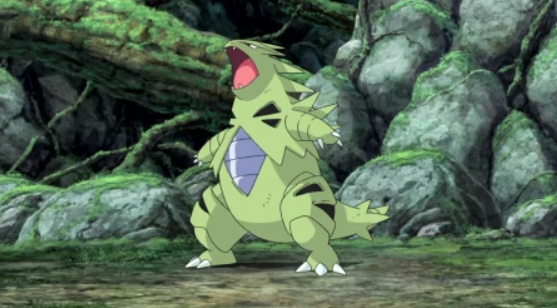 Now, Tyranitar is one such pokemon that does not need an introduction. It is the final form of Larvitar and yet can be evolved into Mega Tyranitar.

It is a rock and dark-type pokemon swiping away its enemies for generations. Tyranitar is a powerhouse of great strength and deadly tactics.

If you get to face a Tyranitar, you will not be sure of its moves, but one thing you can be pretty sure of is you are not going to like it.

If Tyranitar is provoked, it can go berserk, destroying anything and everything that come in its way. However, I have kept Tyranitar at 6 because of slow speed and slow reflexes. 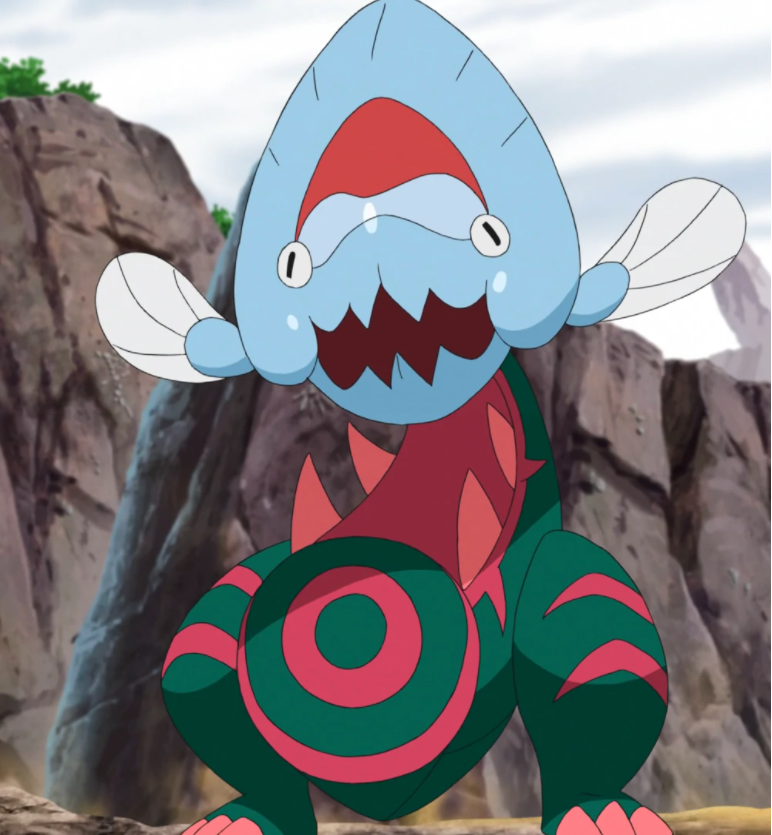 The Dracovish is a dual-type pokemon (water and dragon), and it is the only pokemon that cannot evolve into something else.

It does not look like a potential threat, does it? Well, it does look a bit horrifying, isn’t it?

If you lead your Dracovish first, it can unleash its true trump card, “Fishious Rend.” This is a very powerful attack, and if combined with its Strong Jaw Ability, then that’s the end of the battle.

No matter how ridiculous it looks, the Dracovish is an apex predator. 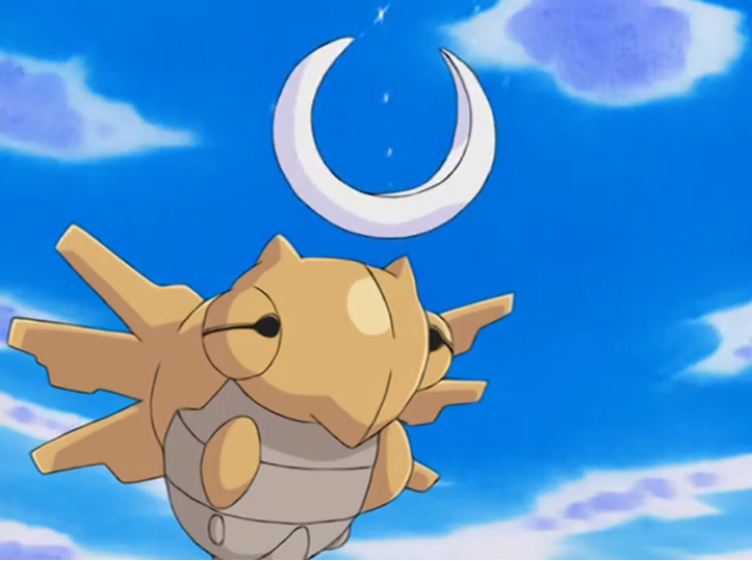 Well, now that you saw Shedinja in this list, you may think why I have included Shedinja here. This is because it has some serious cards to play.

As you know, the Shedinja is a dual-type pokemon (bug and ghost).

First, this Bug-Ghost type pokemon showcases its Wonder Guard, which makes it immune to all sorts of mere attacks, like having invincibility.

All in all, the shedinja is a peculiar and strange pokemon. It simply floats in the air, moving flipping its wings. It has a high HP, and having such a pokemon can frustrate your opponent for good. 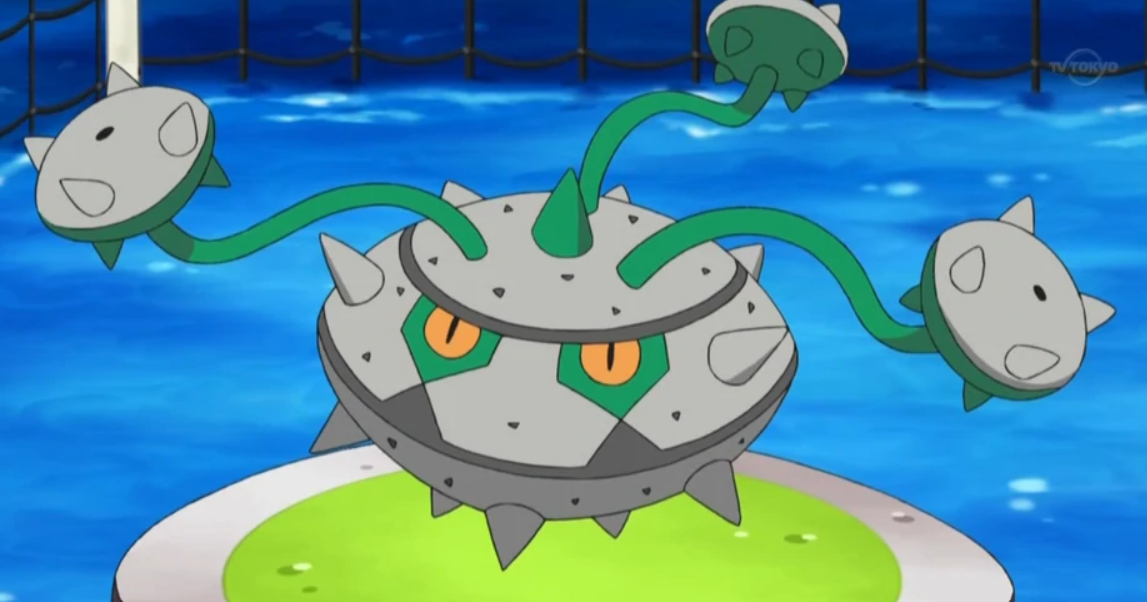 I couldn’t keep myself from mentioning this tanky grass- steel type pokemon. Evolving from Ferroseed, this is Grass Type pokemon with a metal body covered with sharp spikes.

The Ferrothorn is way much harder compared to steel. It is an old-timer that lives up to some old and classic tricks. If any fellow pokemon could successfully lay a scratch on its shell, they will soon realize that they are poised.

It is definitely not easy to deal with a Ferrothorn. 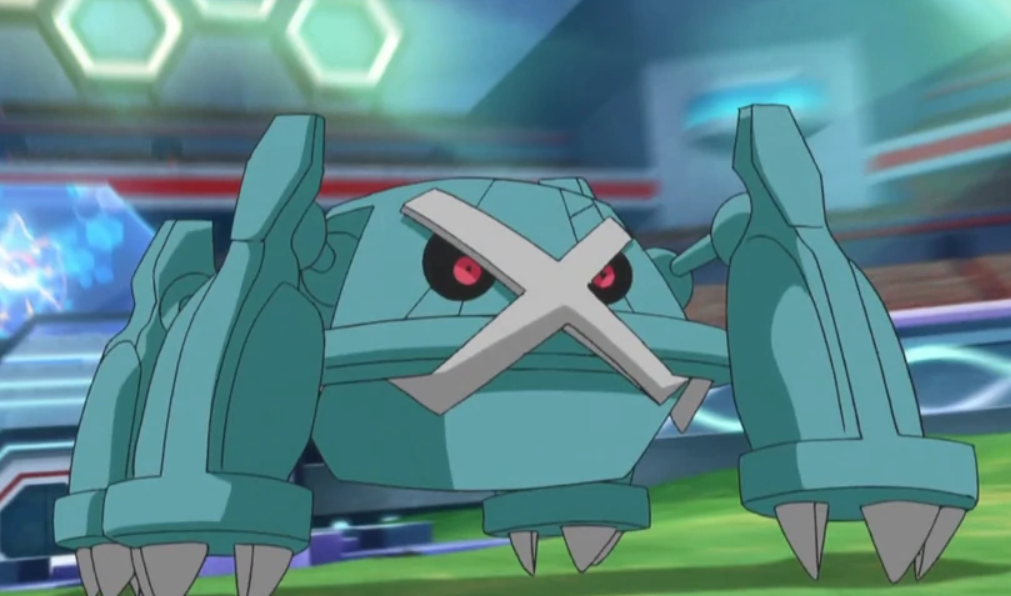 Metagross is a psychic-steel-type pokemon that evolves from Metand and the very final form of Beldum. Metagross appeared uncountable times in the 3rd generation.

As you can guess, this disc-like pokemon is super tanky but can lay some deadly attacks on its opponents.

Metagross can be further evolved to Mega Metagross, and this evolved form has a better speed compared to Metagross.

Metagross has an excellent strength but has other weaknesses, and it is quite predictable. However, you would still not wish to go head-on with a grumpy Metagross.

So what do you think of the pokemons on the list?

If you are into Pokemon games, you better not let these pokemons go away! Indeed some have a low catch rate, but you have to try the very best you can.